On January 16th 2020 Aircharge deployed into McDonald’s Kriens, the third McDonald’s restaurant in Switzerland alongside Basel and Crissier featuring Wireless Charging for Mobile devices, with more projects in the pipeline in 2020.

McDonald’s Kriens had its grand reopening after undergoing a refurbishment under the Experience Of The Future (EOTF) programme. EOTF brings a revitalised and fresh new look to its chosen venues as it introduces a more tech led theme. 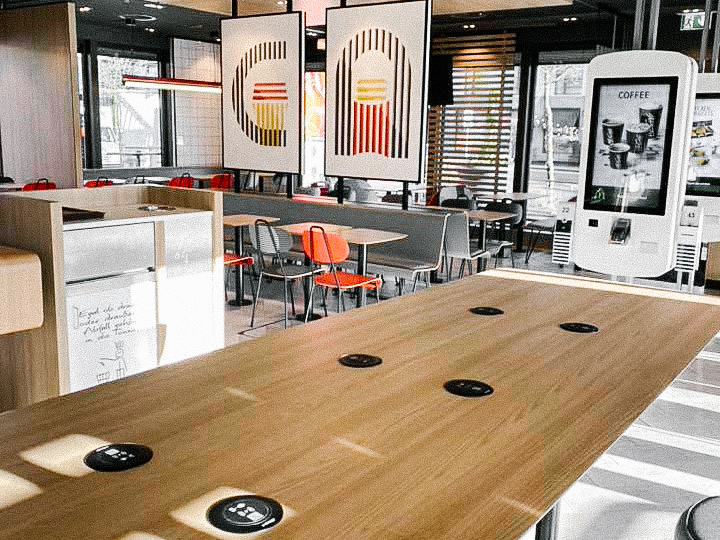 Large digital self order kiosks, redesigned counters and digital menu boards are just some of the new and updated installs that feature alongside the 16 Aircharge Wireless charging units perfectly integrated into the furniture at McDonald’s Kriens.

This is not the first territory McDonald’s has incorporated Aircharge into their EOTF programme in. With the grand opening of Times Square New York, the opening of the global HQ in Chicago Downtown and many more locations across the US and UK. More McDonalds EOTF refurbishments including Aircharge installations are planned to be carried out this year. 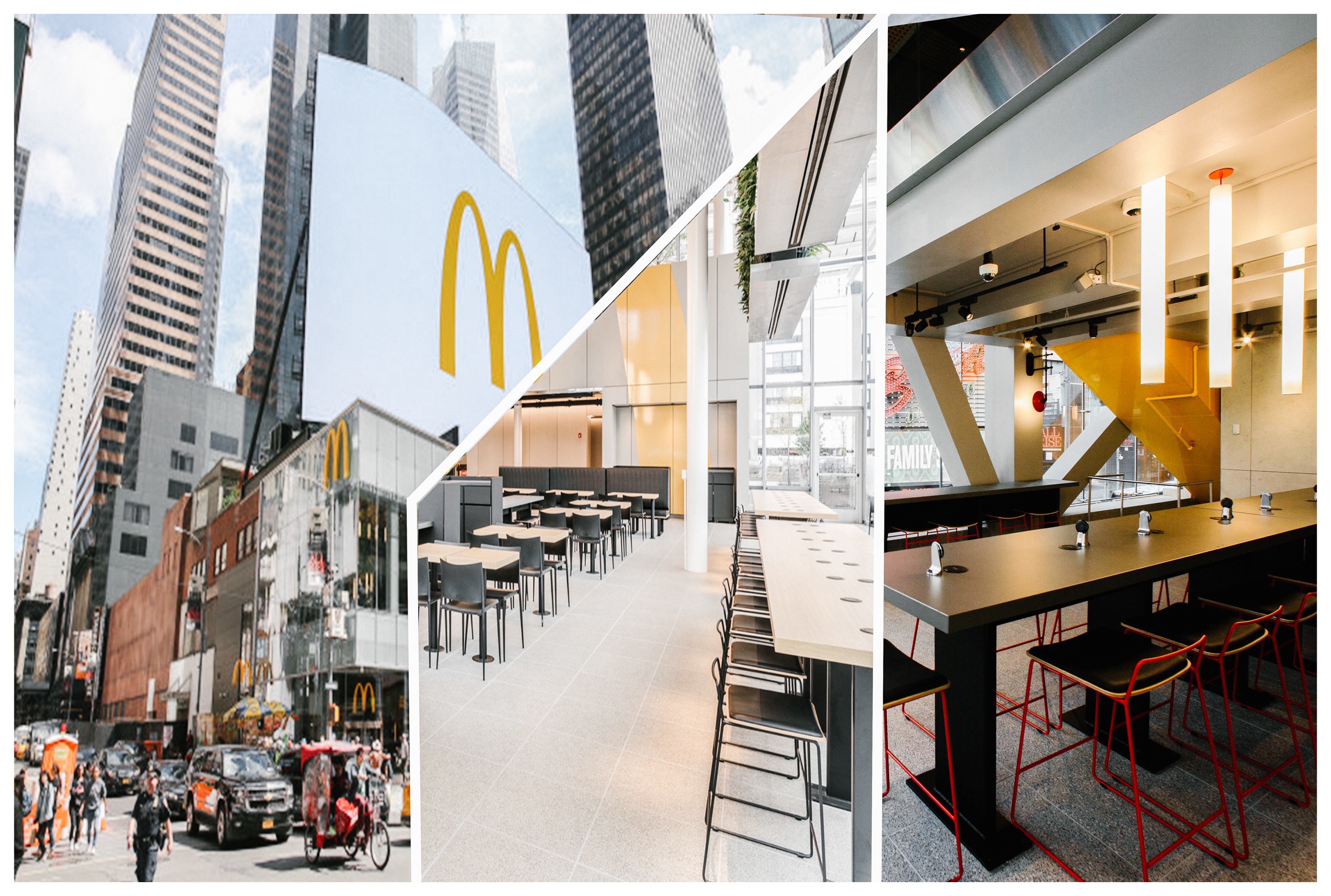 The Aircharge Wireless Surface Charger, certified to the global wireless charging standard ‘Qi’, derived by The Wireless Power Consortium enables the customer to charge their compatible mobile device simply by placing it on the unit. Latest devices with Qi technology include iPhone 8 onwards, Samsung Galaxy S6 onwards, Google pixel 4, and over 100 others.
Aircharge also integrates a number of IoT functions into its wireless chargers, presenting customers with access to additional services and enhanced experiences as they charge their device. These include, easy access to wifi, digital menu, the latest offers and redemption codes and the ability to order at table with table service all with just one touch. Offering these digital engagement benefits at table in conjunction with wireless charging has been proven by Aircharge to drive more footfall, increase loyalty and generate additional revenue.

Aircharge can now be found and used in over 750 McDonald’s across 17 countries.

All Aircharge McDonald’s locations are available on the Aircharge locator app, pointing users to the closest wireless charging location.